December 18th, 2020
Some huge projects are due to hit critical milestones in the new year, as coronavirus, social distancing and Brexit continue to dominate the delivery of construction projects in 2021. Here’s our run-down of the big ones to watch. 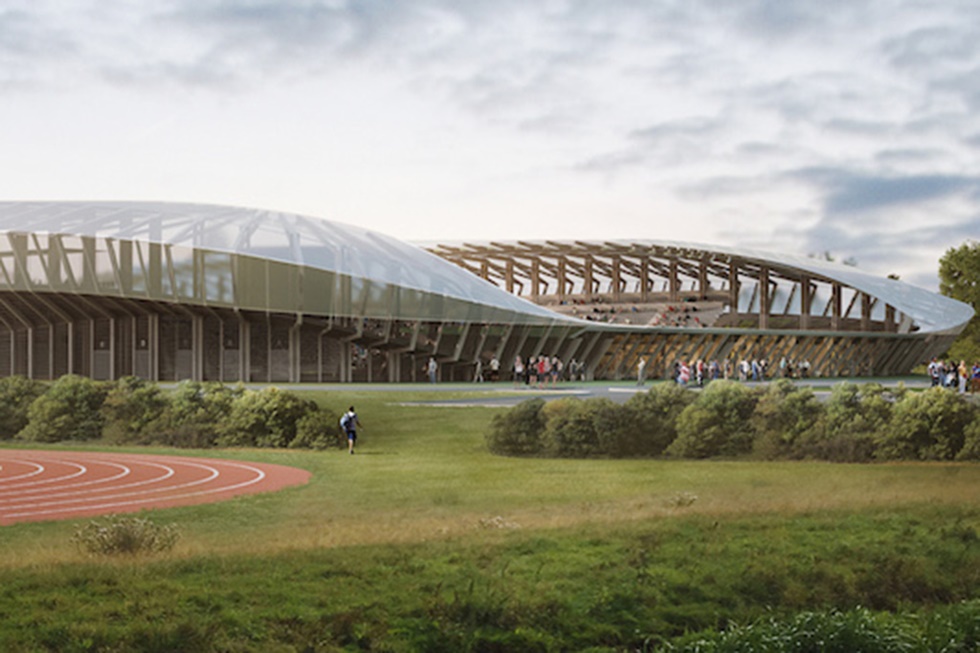 Gloucestershire-based Forest Green Rovers’ decision to build a wooden football stadium was unprecedented. It has becoming an even bolder call when you consider the current perception of combustible materials and backdrop of financial uncertainty facing lower-league teams.

A director from Zaha Hadid, who designed the timber structure (above), told CN in February 2020 wood was a good material for stadium construction, being both low-carbon and conducive to an attractive design.

Planning approval for the 5,000-seater stadium was granted back in December last year and the government decided not to call the project in shortly before coronavirus struck. Since then, there have been claims that the stadium would take just two years to build.

Forest Green chairman Dale Vince has said there is unlikely to be football played there until 2023, but next year will be a crucial period for the construction of this unique project.

The government laid out ambitious targets for reducing the UK’s carbon emissions in 2020. An upshot of that was an increased enthusiasm for nuclear energy, which, while it might not be everyone’s idea of a clean solution, produces substantially less emissions.

Talks over a new multi-billion-pound facility at Sizewell C in Suffolk were revived by the government in December 2020, as it seeks to deliver on its promise to invest in the sector. However, an interesting alternative to big plants is a plan, led by Rolls-Royce, to build several smaller modular nuclear reactors.

The household name is reeling after carrying out a £2bn rights issue to stabilise its balance sheet and fend off the financial impact of the coronavirus pandemic. This situation has increased the importance of Rolls-Royce’s efforts to convince the government of the value of the smaller modular approach. Particularly as the airline industry, one of Rolls-Royce’s key markets, is struggling to deal with the impact of COVID-19.

For more information or to place an order

Give us a call

Drop us a line

This website uses cookies to improve your experience while you navigate through the website. Out of these, the cookies that are categorized as necessary are stored on your browser as they are essential for the working of basic functionalities of the website. We also use third-party cookies that help us analyze and understand how you use this website. These cookies will be stored in your browser only with your consent. You also have the option to opt-out of these cookies. But opting out of some of these cookies may affect your browsing experience.
Necessary Always Enabled

Any cookies that may not be particularly necessary for the website to function and is used specifically to collect user personal data via analytics, ads, other embedded contents are termed as non-necessary cookies. It is mandatory to procure user consent prior to running these cookies on your website.